Around the world governments are taking action to contain the spread of COVID-19, often in ways that are quite revealing about the purposes and practices of schooling, and the scope to which unchallengeable norms in education can actually be overthrown.

In New South Wales (Australia) schools remain open, but parents have been told they don't have to send their children to school. In other countries schools are closed, except for the children of workers in essential services (and in some cases for children identified as having 'special needs'). In both cases this reveals that the primary purpose of schooling is custodial care - free (at point of use) childcare - rather than education. 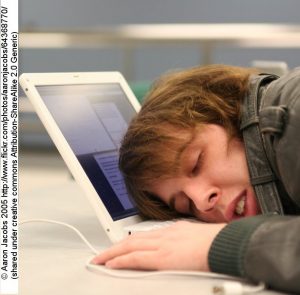 As schools close their physical doors to (most) students and move towards online provision the challenge will be how to keep young people engaged. When you can physically contain young people in a classroom the degree to which they are genuinely interested in and see the relevance of what they are being taught matters less then your competence in behaviour management. When the young people are outside your physical control, behaviour management techniques will be less effective. If you want them to engage then you will have to be supporting them in learning things that they actually care about and think are important.

In England the GCSEs and A levels (the national exams for 16 year and 18 year olds) have been suspended. Students will still be awarded GCSE and A level grades - but based on teacher judgements and predictions of their exam performance. In the context of a system that has focussed on terminal exams, underpinned by a lack of trust in teachers, this is a huge shift of position.

Reactions to these changes from students, parents and teachers are also telling*. A recent Facebook post bemoaned the fact that students in their last year of schooling (in England) were upset that they were going to miss the end of year social events (e.g. the prom). A thread in another Facebook group yesterday (Monday) morning (in Australia) asked who was keeping their children at home - all 14 respondents were sending them to school (with comments like "I've had them all weekend, that was long enough"). In another message an English headteacher commented that now they were not constrained by the National Curriculum they could provide "fun and enjoyable activities".

My take away from all of this is that schooling is less educational than it ought to be! This is a wake up call - schooling needs to change - not just whilst we cope with the Corona Virus pandemic, but once we get back to the new normal.

Let's make that new normal one in which we trust of teachers, focus on learning things that really matter rather than on behaviour management, and recognise that schooling can involve working in a range of spaces (not just in buildings called schools).

2 thoughts on “COVID-19 and the future of schooling”