There seems to be a widespread belief that you need an ATAR to get into an Australian university. Indeed, based on their research with students and teachers, O’Shea & Groves (2020) identified that

‘ATARs aren’t like, the be all and end all’ (Jasmine, 18, Bachelor of Information Technology)

Analysis of the information published on Australian higher education providers’ websites in September 2020 makes it clear that there are multiple routes into undergraduate study, only some of which require an ATAR.

Figure 1 shows the basis on which domestic students were admitted onto undergraduate courses for the majority1 of Australian higher education providers in 2019 or 2020 (different universities published data for different intakes).

There are four categories of entrants which “relate primarily to the most relevant study or work background of the applicant” (Australia & Department of Education, 2017, p. 26). These are:
1)   Higher education study (including bridging and enabling courses)
2)   Vocational education training (VET) study after leaving school
3)    Recent secondary education (i.e. within the last two years)
4)   Work and life experience for those who left secondary education more than two years previously and did not fit into category 1 or 2

Students are allocated to the first category that applies to them.

The third category, Recent secondary education, is divided further into three sub-categories, based:

This results in the six overall entry categories 2 in Figure 1. 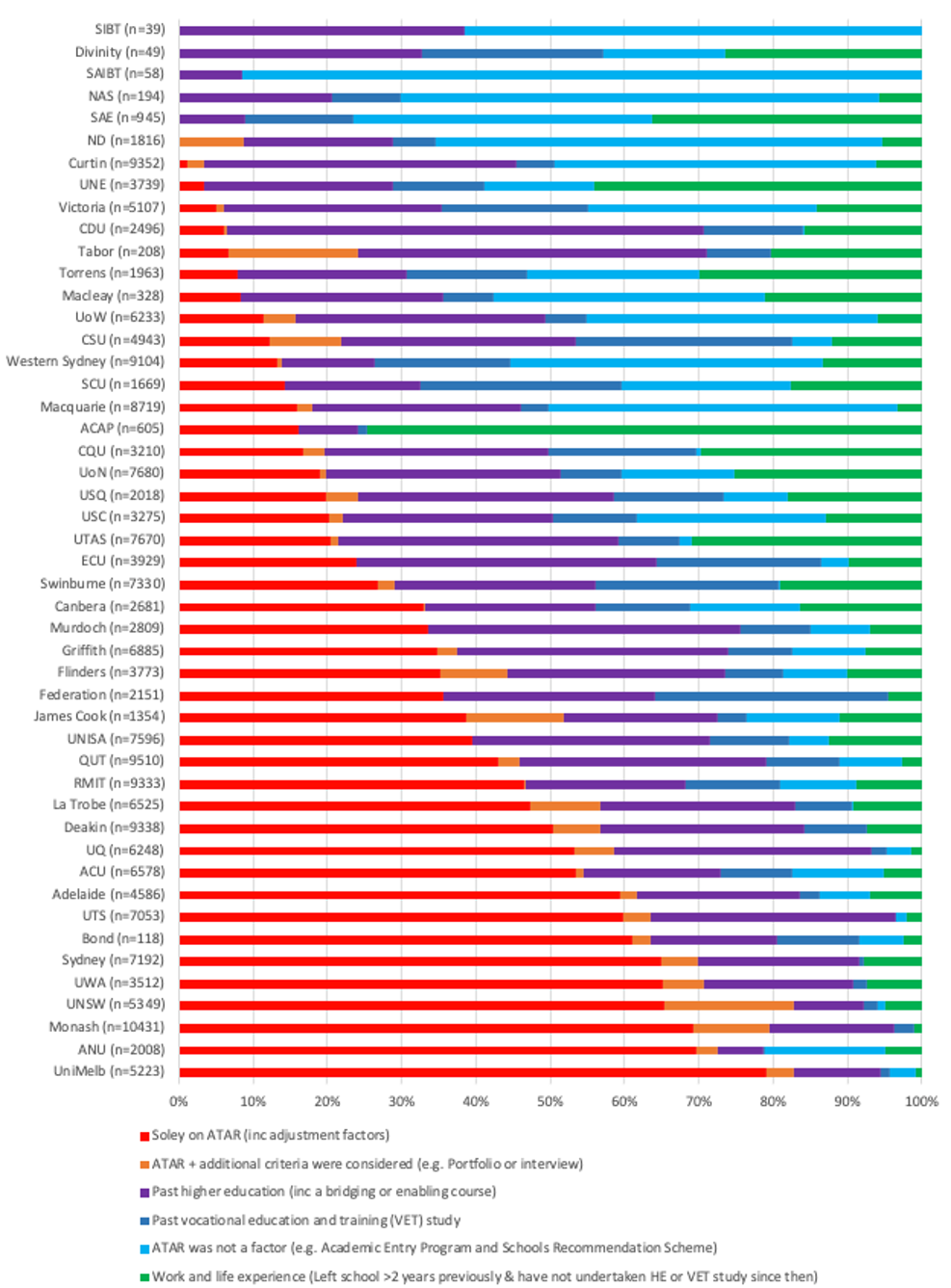 Figure 1 shows that there were:

Of the 212,932 domestic students that this data shows as having started their undergraduate study in Australia the vast majority (69%) did NOT use an ATAR to gain entry. This appears to be roughly in line with the data for 2018 - Pitman (2019) reports that of the roughly 279,000 students made an offer to study at a higher education institution in 2018 58% did not have an ATAR.

So, you may well need an ATAR if you want to go to one of the elite Australian universities. However, for most students, the ATAR is not necessary in order to get into higher education in Australia.

1 The Federation University of Australia has been omitted from the figures because they did not provide a breakdown of their ‘school leaver’ data.