Bryan Caplan provides comprehensive evidence to show that schools (actually formal education more broadly) is very effective at signalling that individuals are compliant (they do what they are told), reasonably academically able, and work reasonably hard.

If that is what we want from school then they they are great at their job. However, this highlights that before you can answer the question 'Is school the problem?' you have to agree what the purpose of schooling should be.

The participants in my recent OU inaugural lecture had a variety of different views about what the purpose of schooling should be (see Figure 2). This illustrates one of the challenges for school leaders - that we don't all have a shared understanding of what schooling is for.

My vision for schooling (Figure 3) is that it should result in Individual fulfilment and Universal wellbeing (including for rhinos).

Measured against that yardstick schooling is a problem. For example, De Paoli et al (2018) surveyed a nationally representative group of 500 recent high school students in the USA to find out about their views of high school. As illustrated in Figure 4:

In the UK behaviour management has become a progressively bigger issue in schools, which suggests that there is a problem. This is evidenced (Figure 5) by:

As is often the case with issues to do with behaviour, in all of the above instances the assumption seems to be that children are the problem, with little consideration for the possibility that behaviour issues are due to problems inherent in our current school system. Such issues have contributed to a growing number of families home educating their children (House of Commons 2019) and off-rolling by schools (Ofsted 2018) (see Figure 6).

The fact that Ofsted found it unsurprising that all children were not being treated equally by schools is a damning indictment of schooling (in England). It indicates that they expect schools to be inequitable. That is an outrageous position for the inspectorate to hold and adds further weight to the argument that schooling is not fit for purpose.

Indeed, the English school system (like that in many countries) is driven by high stakes testing, which relies on norm-referencing to distribute students' grades. This approach means that around 30% of the school population has to fail in order for the remaining students to be seen to have succeeded. 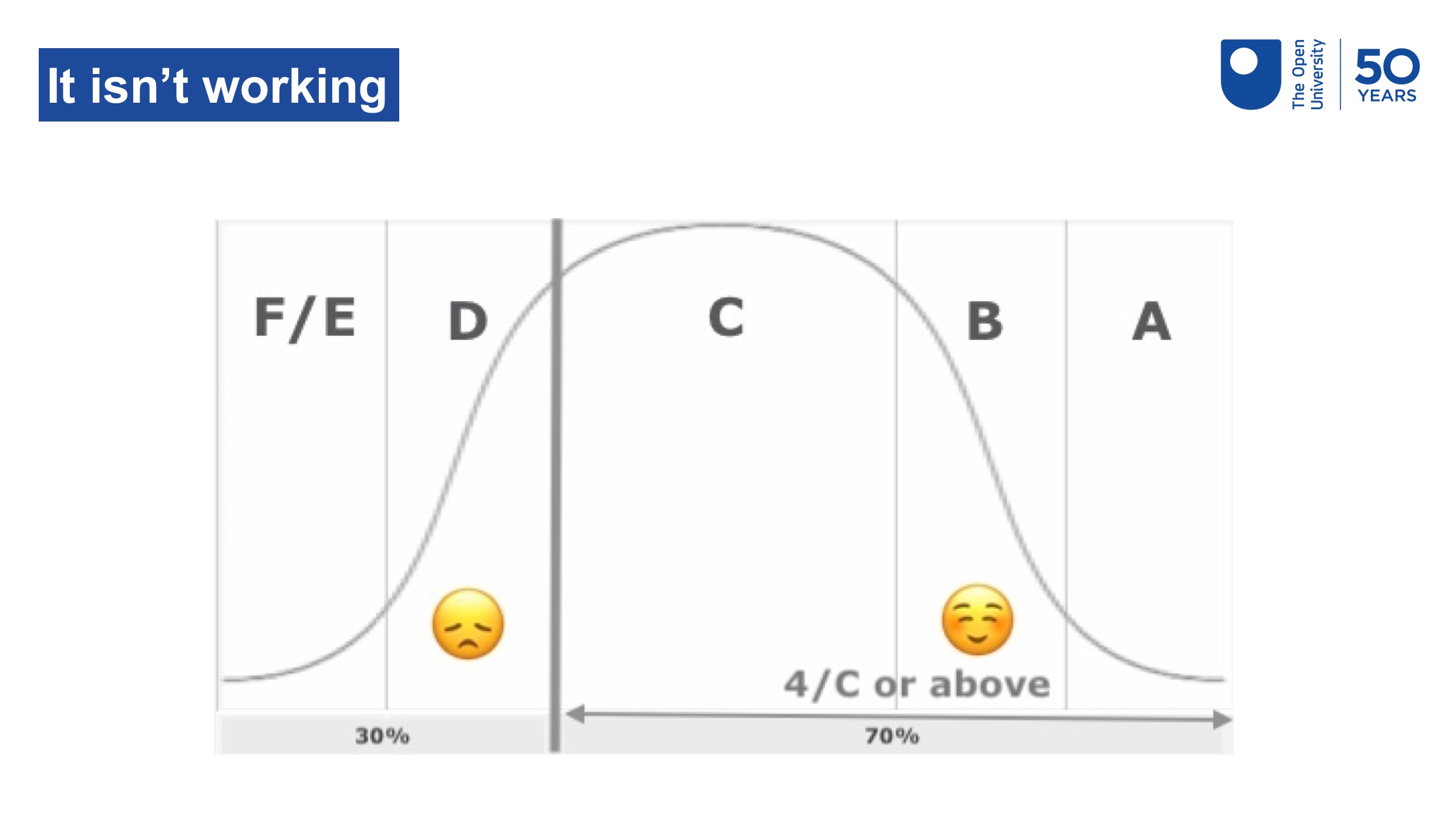 An education system that is designed with the expectation that nearly a third of its participants will fail is un-educational. Every child should come out of their schooling feeling that they have succeeded and with a thirst for learning. The fact that this is not the case means that schooling today is a major problem.

This blog post summarises part of my OU inaugural lecture, which was delivered at the OU in Milton Keynes on the 25th June 2019.

2 thoughts on “Is school the problem?”