I am talking about theory in the sense of a framework for making sense of the world, what Abend (2008) calls 'Theory5' - so the title of this blog post perhaps should have been 'How might your theoretical framework inform your research?'.  We know that there needs to be alignment between your theoretical stance and your methodology, design, methods and instruments, analysis, and outcomes (the claims made) (Twining et al, 2017; Twining, 2018). But what does that look like in practice? I'm going to illustrate this using an example from my own research - specifically the NP3 project (Twining et al., 2017) (5.3Mb pdf).

The overall aim of the NP3 project was "to explore the digital practices that children engage with outside school and the extent to which these are recognised, valued and influencing teachers’ pedagogy inside primary schools" (Twining et al., 2017, p.1). 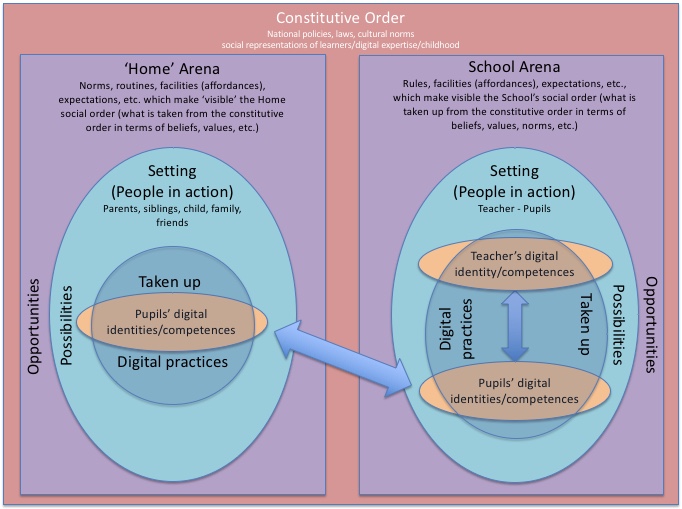 The framework informed out data generation - for example it highlighted that we needed to collect data about things such as the Home Arena and Pupils' digital identities/competences. Table 1 below illustrates how there was an explicit mapping between the elements of the framework to the participants and instruments that we used to generate data.

Table 1 Explicit mapping from the sociocultural framework to the data generation (Extract of Table 3.3.3 on p.29 of Twining et al., 2017)

When it came to data analysis the sociocultural framework again came into play, suggesting key themes that needed to be explored. So, for example, Table 2 below shows themes taken from the framework (in the left hand column), with a more detailed explanation of what each theme included in the right hand column.

The data were then organised into data tables based on these themes, as illustrated in Table 3 below. We used spreadsheets, with one column for all the data relating to one case as we found this more practical (quicker and easier!) than trying to code the data using the themes (we did try this too using Maxqda). 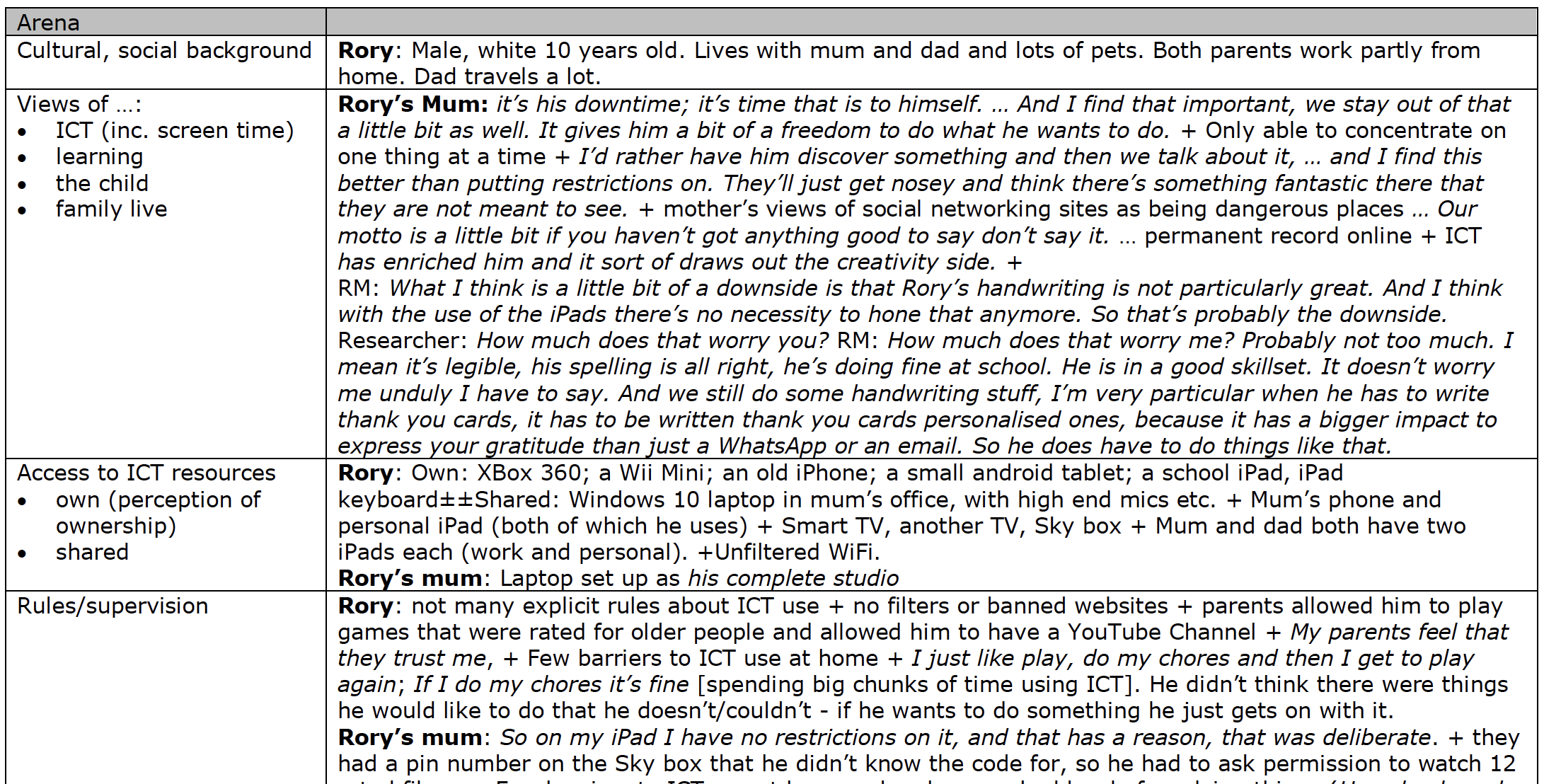 As illustrated above, your theoretical framework should explicitly underpinned the design of your methods/instruments - focussing your attention on areas that you needed to generate data about. It should also explicitly informed the analysis of your data - helping you to organise the data in ways that would make it easier to see patterns across responses. Of course, this still leaves you as the researcher having to interpret the data - looking for patterns and then 'destruction testing' them (looking for data that doesn't fit the pattern and/or contradicts your interpretation).

If you have found this useful then you may also be interested in The halfbaked thesis template.