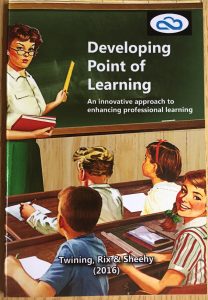 Point of Learning (PoL) is both a reflective learning tool and a means of collecting evidence about performance against agreed targets.

Granules are aspirational targets that the users of the system have agreed should be their main focus over the coming period.

The process of identifying these practices helps to ensure that the group have a shared understanding of what they would have to do to achieve the granules. It also helps to make explicit what might other wise be tacit knowledge by getting users to talk about what they do that relates to the granules.

Once the granules and associated practices have been agreed the users then use software called Lengo to make claims about the granules that have been achieved. There are three different levels of claim: 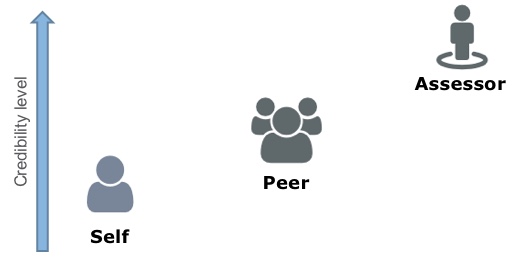 One would expect there to be more self than peer than assessor claims.

Claims are made of an agreed period of time, such as three months or a school term.

Users can review their own and other group members' claims using the web version of Lengo.

At the end of the agreed period of time over which they have been making claims the users have a review meeting to discuss their progress. This involves discussing the claims that have been made, and may lead to a change in the granules that are being focussed on and/or the practices associated with each granule.

Comparing PoL with other forms of assessment

Traditional 'terminal' assessment is not able to capture evidence about many aspects of learning that are important - particularly where these relate to processes rather than academic outcomes.

PoL is based on the premise that if you have a range of individuals (self, several peers, an assessor) making claims that they have observed the learner achieving the granules over a period of several months then that is more compelling than other forms of assessment such as a terminal exam or assessment of a portfolio (as illustrated in the figure below). 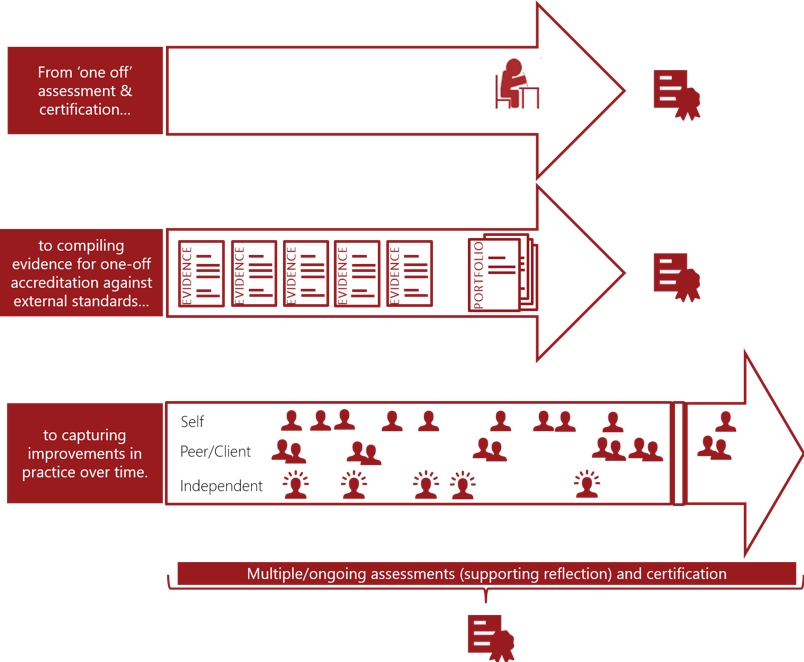 By using the software to make claims the system repeatedly reminds the learners what aspects of their practice they are trying to enhance. It acts as a reflective tool.

Where has PoL been used?

Imagine Education have successfully used PoL with teachers in Egypt as a professional development tool.

I (along with a range of collaborators) am currently piloted PoL with:

Work is also underway on developing a framework of 21st century attributes for use with secondary school students.  The ambition is that by providing practical and credible ways of assessing things which cannot be captured by traditional forms of assessment PoL will help to bring about changes in what schools focus on - it will help extend the focus so that it not only includes the things that have traditionally been easy to test but also the things which are recognised as being important in the world today (such as collaboration, real problem solving, communication, creativity and learning to learn).

A paper setting out the theoretical justification for PoL as well as an explanation of its different elements is available to download from Research Gate.