I have argued elsewhere that (human) learning is the process of becoming part of an enduring collection of people who are mutually engaged in a shared endeavour, they have shared purposes and shared ways of working. In this context, I argued that teaching should involve inducting young people into such communities. However, this clearly creates a problem for schools.

"It is a fundamental challenge for design - for both the school and the workplace - to redesign the learning environment so that newcomers can legitimately and peripherally participate in authentic social practice in rich and productive ways" (John Seely Brown & Paul Duguid, 1996, p.49).

A key issue for traditional schools is that they do not engage in authentic social practice "because relatively little of the complex web of actual practice can be made the subject of explicit instruction. A great deal remains inevitably implicit in practice itself," (John Seely Brown & Paul Duguid, 1996, p.50).

This reflects the fact that practice does not exist in isolation or as an abstraction or explication. Practice, abstraction and explication "are contained within social milieux that Lave and Wenger (1991) identify as 'communities of practice'. It is in the context of these that learners make sense of practice. It is, therefore, almost impossible to make enduring, coherent sense if the individual is cut off from the practice in which his or her particular activity makes sense." (John Seely Brown & Paul Duguid, 1996, p.51)

The practice in schools is different to the practices outside schools. "Only replicas and not the real thing are on display" (John Seely Brown & Paul Duguid, 1996, p.55). Thus, for example, when you are learning French in school you are not part of an authentic community of French speakers. 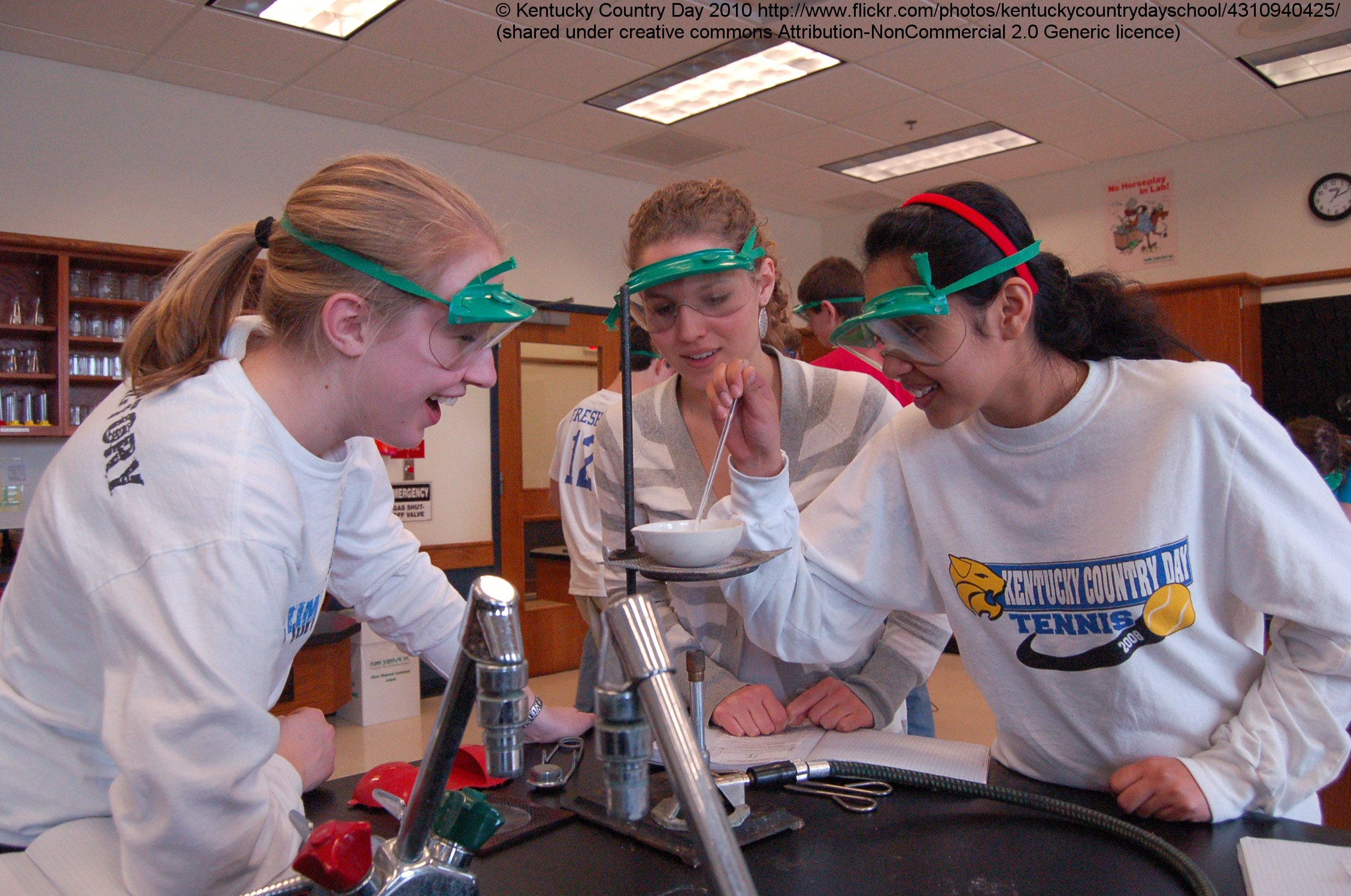 Similarly, when you are 'doing science' in schools you are actually doing 'school science' not 'real science' (as evidenced by the way in which your teacher will react if the results of your experiment are not as she expected).

At best, teaching in schools as currently conceptualised can only induct you into 'doing school' - e.g. becoming a member of the community of people who are being schooled, who are learning 'school science' or 'school French'.

For effective learning to occur – to become a member of a community of practice (CoP) that exists outside school – then something fundamentally needs to change inside school.

I can think of three ways in which this could happen (and is happening to some degree in some schools).

Firstly, by bringing members of external CoPs into school. For example, by having an artist in residence. Importantly, this engagement needs to be long term. Having someone coming in for a one off visit is not sufficient.

Secondly, by sending young people out to take part in CoPs outside school. This is an important element of Big Picture Learning, where young people spend one or two days a week doing real work in their local communities. It can also happen, to a more limited extent, by engaging students in external competitions such as those run by the Re-engineering Australia Foundation, where students are mentored by a member of an external CoP.

Thirdly, schools could be reconceptualised as knowledge building communities in which the role of teachers is to induct learners into the process of knowledge building (see for example Bereiter's thoughts on knowledge building in schools). Teachers would become co-constructors of knowledge, inducting students into that process (as experienced knowledge constructors whilst being co-learners about the particular topic that the students were constructing knowledge about). Importantly, this needs to go beyond 'knowing about' to include applying their new understandings ('knowledge of'). This might happen through projects which involve having an impact outside school.

Of course there are always other CoPs within school - such as the community of fans of particular pop stars, or the community of 'cool kids' or 'goths'. Indeed much of the learning that takes place in school is not part of the formal curriculum and involves young people in finding out who they are -  constructing their identities (Eckert, 1989; Goldman, 1991).  Perhaps schools should also engage more productively with this core priority for young people, building upon learners' concerns and interests and helping them to find their place in the world.

2 thoughts on “Why traditional schools can never be effective”